Pre-Med is not a major 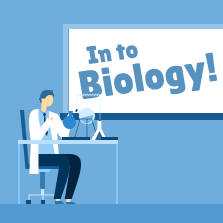 Pre-Med is not a major. Bio is a major. Or Chemistry. Or Bio-Chem. I guess if you’re working with Soloman or Bentham, theatre can be a major, too. But you know what I mean.

Pre-Med is a series of requisites required to apply to Med School. So a pathway. Nearly all undergraduate programs offer these requisites as a service, generally bundled in with one of the majors above, if only for convenience sake.

OK, I need one of you internet sleuths to help me out. There is a news article on the internet—somewhere—that I badly want to find again. I found it like eight months ago while reading college stuff at 4AM and it ROCKED MY SHIT. Considering how rapidly and strongly it changed my perspective on college admissions, I consider finding it one of the defining moments of my career.

But then I forgot the title, 70% of the content, and how I found it.

The piece is from some news site. I think a highly credible one: NYT/Wash Post status. Or maybe not? What it is is a bunch of (Harvard? and/or Yale?) AOs talking about things they’re sick of seeing in college apps. And I feel like the AO’s were drunk or all quitting that week or something because they actually dished the goods. It was incredible and unlike any other “AO’s SOUND OFF!” piece ever published. If they had recorded the audio and released that, maybe they would have come up with Earth’s first AO podcast that was in any way worth listening to.

I’ve spent a solid 60+ hours since trying to relocate it. 30 min here. 30 min there. 1 hour here, a 27 hour desperate clean sweet of the internet there. All without success. Now I’m handing it off to the internet, which will most likely lead to the accidental harassment and arrest of a respected Cuban father of two. Great work.

Edit: I name dropped a clue here about a name in it. But I think that’s a red herring. If you could find it that way, I’d have found it. Instead, I think the best method is for anyone with a NYT/Wash Post account to grind through the archives. I saw it around Oct/Nov of 2020, and I think it was pretty recently posted.

In that same piece, drunk AOs loudly note that they hate it when students apply Bio/Chem while writing about how much they want to be a doctor. Apparently, a ton of…women students do so, and it creates a real log jam. Also, they are telling a school that does not teach medicine nor help people how much they want to learn about medicine and help people so they get cleaned out.

And this rocked my shit because it makes perfect sense. I thought back to my former Pre-Med applicants. We had written a fair amount of doctor stuff. But I then remembered that whenever we tried to do “Why School” content, it was a nightmare. All the cool medicine stuff was for med school students only. The only stuff that seemed available wasn’t even on campus: it was volunteer work at local hospitals or clubs and stuff only technically aligned with the school. The end results weren’t great.

Bonus Tip: Writing about doctor stuff kind of blows, content-wise. It seems really powerful when you plan it, but then either you want to be a Doctor for the same reason most people want to be a Doctor, or you get caught up writing too much about sick patients you met instead of yourself.

Bonus Bonus Tip: All this applies for pre-law and pre-anything-else. But I feel like those land mines are less likely to trip and permanently degrade your future because you wrote something that made a drunk AO mad.

So that’s your warning. Pre-Med is not a major.

So what do we do about this?

I pretty much got three options for you.

You don’t super need to lie. But you can. I’m not sure how a school is supposed to fact-check the future. If Med-School wasn’t an option, what would you look to do with such a STEM degree? It turns out there’s all sorts of other stuff you can do with a Biology degree—like Biology! Same with a Chemistry degree—like cook meth!

I have a much, much longer post coming at some point about “theming an application,” and a big part of that will be regarding the importance of setting a goal for your upcoming education. Only by creating a solid end-point can you then explain how each school will get you there. Choose one that undergrad will actually prepare you for.

Along the way to Med School, you’ll be through four years of all sorts of stuff. What stuff will you be into? I think it’s totally fine to have a wink wink nudge nudge attitude to what you want from a school. It’s not like these schools don’t want you to be a Doctor, eventually, if that’s your dream. But discussion of all that is for later.

But what will you be into while in undergrad? What kind of labs would you wanna take, clubs to join, and everything else? What goals could you have for those experiences besides medicine? If you honestly don’t know, I respectfully refer you back to 1)

Ok, you really want to be a doctor. Fine. What kind of doctor? Foot doctor? I don’t trust a 17-year-old that already plans to be a foot doctor.

I hope I save some applicants from writing snafus this fall. But I’m not sure what to tell those that have Pre-Med heavy EC lists. Stuff like hospital volunteering, doctor shadowing, etc…

I legit don’t know if those are effective Bio/Chem ECs are not. If they aren’t, that’s a super bummer. But also, can’t you see why I think they might not be? Don’t those students lose out to the kid also applying bio but with Bio ECs**?**

That’s where BS/MD appears to be the answer. These programs mean that you are actually applying for med school. That makes me think that all your hospital work + writing about why you want to help people through medicine will be much more appreciated. I’d love for a BS/MD-experienced consultant to provide their thoughts on this, as well as the rest of my piece.

But there’s no BS/MD guy on here because said consultants hate being successful and making money. It’s the same reason there’s no sports recruiter guy here, music guy, former AO who still posts things guy (I’d also like them to DM me if they existed), finance guy, college Youtuber who graduated and immediately started writing here to launch a career guy, high school counselor guy, MFA writing instructor guy, STEM guy, theatre guy, or girl who’s similar to me in a lot of ways but a girl guy. Maybe once the student/consultant ratio on A2C improves past a paltry 100,000:1, we can get a specialist to stop by.