I Think Modern “Elite” Essay Are Terrible and Here’s Why 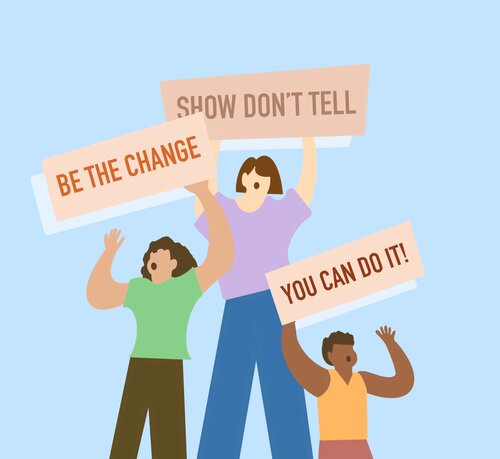 Early in my career, I read a book someone shared on here about how to write college essays. The first half I thought was pretty good. It went over idea brainstorming, plot structure, and how to stand out with your story. But then I got to the second half in which the counselor author showcased his favorite works. These were the essays he best though exemplified the type of work that gets students into elite schools.

And those essays were terrible.

It’s hard for me to explain what I mean by “elite modern essay,” but I know it when I see it. How I usually feel while reading them is, “this is inauthentic pretentious garbage.” Followed by, “the author is more interested in letting me know how smart he is than telling me what I want to know.” And finally, “I’m confused and think a parent wrote this.” Let me give you an example I made up:

“It was 3 AM, and the house was cold again. Cold because the back door had cracked yet again where the frame met the outer hinges. Cold because my father had failed to pay the electric bill in favor of buying twelve packs of his favorite Marlboro Reds. And cold because my sister – the heat to my heart – was still locked away in a Panamanian prison 6,000 miles away. “She would hate me for using miles instead of Kilometers,” I thought while giggling. My sister hated the imperial system almost as much as she hated seeing me upset.”

If a student brought me that, I’d be like “bruh.” And then I’d try to explain why it sucked, and he would get super offended that I called his work pretentious. This totally didn’t happen with a student last year.

Here’s my version of that same paragraph:

“Junior year was the hardest year for me. My family didn’t have a lot of money, and often my dad would spend the money we did have on alcohol or cigarettes instead of paying the bills. The electric company shut off the power, so it was always cold at night. What made it worse was my sister had managed to get herself arrested protesting deforestation in Panama. She used to send me letters every day, but they stopped coming once the guards started confiscating them.”

I’m not saying what I just wrote is fantastic, either. It’s fine and sets the stage nicely for the rest of the story. My version lays out many more plot details that efficiently explain the scene so the story can start. And that’s what good essays are: they’re stories mixed with reflection. What I don’t think they are are outlets to prove how amazing your thespian writing skills are.

You ever watch the cooking show, Chopped? One of my favorite things on Chopped is when judges get mad at a chef: not because he messed up, but because he messed up in a way countless other chefs have been yelled at before. The funniest version of this is whenever a chef places anything inedible on a plate as a “garnish”. The reaction is always the same, “Am I supposed to eat this uncooked pumpkin you put on my plate? No? Then why did you serve it to me as food? This isn’t the 1980s.”

I’ve always viewed writing as a plate and the content within said writing as the meal. The jokes are dipping sauce. I never want or expect feedback to an article like this to be “your prose is so moving!” I’m not writing a poem. What I want is for people to understand my message and to feel like I didn’t waste their time by having them read it. I don’t even need them to agree with it.

Whenever I come across a college essay where it’s evident to me that the quality of the prose is supposed to be more important than the story it conveys, it all reads like a pumpkin served with pancakes. “Why is this here? Can I eat this? No? Don’t do that. This isn’t the 80s.”

I think a lot of the problem stems from the concept of “show don’t tell.” I’ll have an entire other blog about that phrase, but it’s poison. There are ways to show that do not involve present-tense “how I felt at the time” descriptions and dialogue. There is a way to show instead of tell effectively, but it’s much closer to a stylistic choice than it is an objectively superior form of writing. It’s also much harder to do, and I don’t think most 17-year-old STEM majors are equipped to handle it.

Another problem is that I value authenticity in writing over all else. Authenticity is rooted in believability. Many of these essays use broad, declarative statements that don’t feel earned. “This event inspired my metamorphosis into a higher plane of knowledge.” “Without my Grandma, it was if sunshine no longer existed in my mind.” “Helping children is my way of repaying a cosmic universe that has favored me so fortuitously.”

There are essays in which those lines can work. But the entire rest of the essay better be you explaining why that kind of belief is true. Instead, I’ll see lines like that, or multiple lines like that dropped at the ends of paragraphs that don’t build to it, and it legit pisses me off. I feel like I’m being lied to and manipulated.

I also almost always end up confused at the end. “Wait, what was the butterfly necklace supposed to signify? Why did he need to dig that hole to honor his dead cat?” I tutor SAT English on the side, so I’m about as comprehensive a reader you’re going to meet. I’ve had to read essays multiple times just to understand what the hell happened. I do not think most officers will be so kind.

Meeting word counts is hard enough as is. When so much space is taken up by prose, it generally doesn’t leave enough room for plot and analysis. Often it feels like a 1,200-word essay was squished down to 650 via removing all the things I care about. I’ve had precisely one student in my career present me a fancy-pantsy essay that I liked. She is an incredible writer. But she also wrote 1,500 words, and once slashed down the piece fell apart. I think that’s a common problem here.

I believe that the essay that gets a student into a T30 isn’t about the writing itself. Instead, it’s an essay that uses its word count to present a story and analysis that is equal parts impressive, reflective, unique, and authentic. The reader should understand you better as a person after. It’s not nearly as important how good they think your vocabulary or knowledge of composition is.

But maybe I’m wrong! I mean it! My background is in copy-writing and how-to guides. Those works are based upon principles of simplicity and clarity. I’m also a blunt dude. I have a lot to say, so I crank it out as efficiently as possible. I’m also a vicarious reader and know that the truly great works I’ve read all gripped me via their content instead of their structure.

But that’s the question I would sincerely like feedback on: Do these kinds of essays work? This is in no way a hypothetical question. For those in and around the college world, what is your reaction to pieces in which the style of writing is highly-detailed, flowery, often quote-heavy, and mentions themes that are verbose and powerful? The answer may be “some work, and some don’t.” What factors lead to that decision? I sincerely want to know so I can improve my skills as an editor. It’s obvious these essays are getting students in, and I want to know why and how. I encourage people to disagree with me and explain why I’m wrong and an idiot. I promise it won’t be the first time.

What I See When I See a Student With ADHD