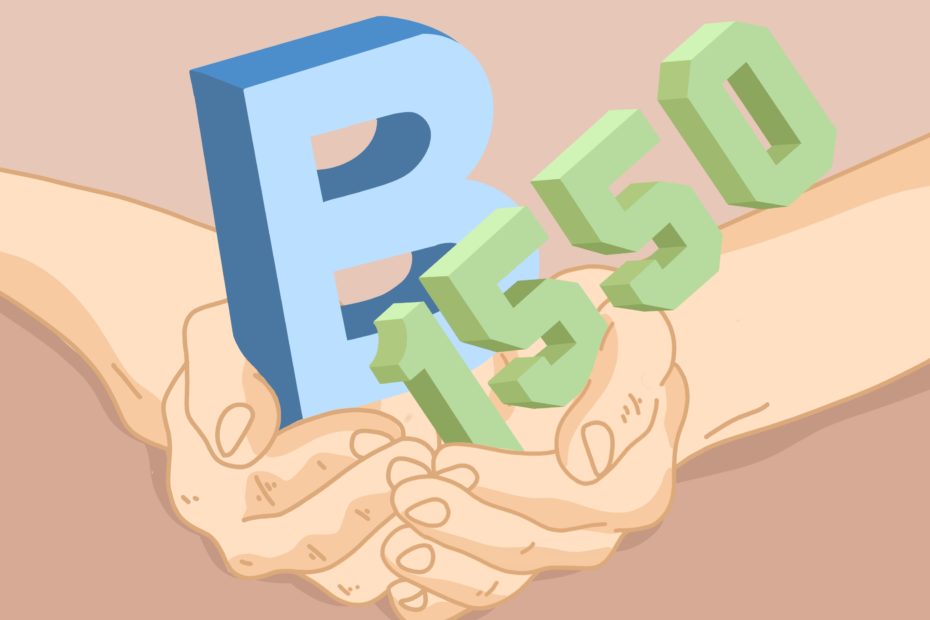 Here is an unorganized list of every opinion and piece of advice I have as related to college application stats.

Stats superduper matter. They’re just boring and hard to manipulate, so people try to downplay them

Stats are king in the college admissions world. It’s been staring you in the face this entire time. I use Niche data because I’m a fraud, but feel free to use the scattergram feature on Naviance to get better data. That is the only thing I recommend you use Naviance for. Go to any school and check the data out. You will find highly logical curves for every school.

I would argue that students underplay the importance of stats overall. It’s why I believe reaches tend to be more challenging than expected, whereas targets and safeties are easier. If your stats are above the school’s average, they have a strong incentive to accept you. That’s because the day you arrive, their averages go up as well. This theory applies to around NYU. That’s where the system breaks down because that’s when the average student becomes perfect. And because everyone’s perfect, stats “don’t matter.” Instead, things like essays and ECs become what does.

But good luck if you don’t have perfect stats. I don’t know how to get a kid with a 3.7 into a T20. I don’t think there is an essay or EC list that can do so. The reason is schools like Harvard start by assigning you a 1-6 numerical value for your grades and test scores. .5% of people get a 1, so good for them. My guess is that a 2 is something like a 1520 + 3.85UW + ~7APs that are maxed out. It’s hard for me to be confident here, but there is some slight leeway. You do not want a 3.

Everyone’s heard the cliche that schools spend nine minutes on each applicant. I think that’s bunk. They spend an average of nine minutes, but not all applications are created equal. If you apply to Harvard with a 3.5, you are not getting nine minutes. I doubt you’re getting three.

How many times have you read cutthroat bullshit like this?

It’s not that this is true that bothers me; top schools don’t have a choice but to be harsh in their criteria. It’s the glee in which they talk about it.

We at Sumbitch University care about more than petty stats. In fact, over 87% of valedictorians who applied last year had their applications thrown into an incinerator without even being opened!

They’re proud of not giving a shit.

That’s why I think you want a 1550 and one B. Both of these values place you well and beyond the benchmarks set by any school. The difference is in AO perception when they see them.

1600: “OH!? THIS LITTLE ENTITLED SHIT THINKS HE BEATS A BROKEN TEST AND WALTZES INTO SUMBITCH??? LET’S SEE THOSE ESSAYS YOU BRAT”

I’m (kind of) kidding. But I do feel there’s merit to this analysis. A 1600 does not make you stand out. It turns you into a robot. The more I do this work, the more I come to believe that elite schools honestly don’t have the highest opinions of the students applying there. They don’t want to let the Olga Pataki WunderKind in. They want to knock that little shit off her pedestal. A 1550 avoids this scenario altogether, so get a 1550.

One B is better than all As.

I feel like even two Bs could play if they land right. There can be a narrative in grades that I don’t think anyone else on Earth notices or appreciates.

For starters, this B needs to be in a subject you aren’t majoring in. There is nothing cute or quirky about a B- in Calculus if you’re applying Mechanical Engineering. But what about Spanish? Or History? A class you hate and suck at and (correctly!) think won’t help you in your career in any way?

So you apply to engineer, and they get your transcript. 19 As, 4 A minuses, 2 Bs. Those Bs are a B- in Spanish sophomore year, a B+ junior year, and then an A- senior year. That’s fun! That’s a story!

Compare this to a clean slate of As across the board. It comes off sterile in a way I don’t think helps you. Even if the B is in your major, you’re still probably fine. I got a girl into Cornell once. She had all As except one B in sophomore Physics. I made the exact expression Spongebob makes to Squidward when asking if he likes Krabby Pattys and said,

“So what happened in Physics?”

She proceeded to go on a ten-minute rant that nearly ended in tears. Then she got into Cornell. I like to think that B made her seem human. None of you know who Cindy Crawford is. But if you look her up, I think you’ll understand what I’m getting at here.

Paying for SAT/ACT help is stupid

If you really need help, get a tutor. Those classes are complete scams because they teach you topics you already know. A private approach will allow you to spend 100% of your time and energy on stuff you don’t know.

I encourage all my freshman and sophomores to follow these tactics without telling anybody. Then, when their mom first mentions SAT stuff, they casually mention that they figured it out and got a 1550 and they gucci. Then their kitchen explodes from them flexing so hard while inside it.

I have a take about test-optional that could split a mountain in two via the molten-hot fallout of it.

But I don’t really feel like going too far into it. Because I don’t want to be stabbed to death with a pitchfork by an angry mob I’ve spent countless hours supporting. Too.

The short version is that for the majority of applicants, you need to be sending your scores. And they need to be good in the same way they needed to be good last year and the year before. You need that 1550 if you want #1.

Or maybe not? I HEAVILY request the mods here include test-optional/not test-optional questions in their questionnaire this year. I badly want to see data comparing the success rates of the two. Also, HMU if you want more suggestions on what to put in that questionnaire. Those things are diamonds drenched in caviar.

Also! In the rare case SAT/ACT tests are unavailable in your state this year, I want you to drive to another state and take them. The reason is simple. “Couldn’t take” is different from “didn’t take”. But riddle me this: 12 kids from your high school all apply to the same school; 11 of them are test-optional; you cash in a tasty 1550. How do you think that plays?

I feel like…you want seven? I have no idea why. But every time I see an application, I feel like seven APs is about right. Seven APs looks better than five, and five looks way better than three, but nine doesn’t seem much better than seven. Does that make sense?

What really matters is that your APs match your major. You want 5s in all the classes that you’ll then be taking in college. Then throw in a couple of dumb subjects you can get a 5 in because AP English Lit is a joke.

I’ll note here that APs, in general, bum me out. They weren’t designed to be yet another weapon in the college-application arms race. They were designed to allow students to expedite and improve their college experience by skipping classes they’ve already shown mastery in. Nope. Just another dumb set of numbers to put on a form.

SAT IIs are on their way out. Good riddance. No one has ever taken an SAT II and not gotten an 800 on it.

Your weighted GPA is absolutely meaningless

This isn’t the richter scale. You should be taking the hardest classes because of course you do and then crushing in them.

An A- is massively superior to a B+

Did you know Rick Singer wrote a book? Ya, that Rick Singer. The one who photoshopped the Olsen Twins onto the body of The Rock.

I won’t bother linking it, but I did read it. I didn’t hate it! This was my biggest takeaway from it. There is so much variance in how high schools assign grades that it’s difficult for colleges to make sense of all of it. To do so, they tend to ignore pluses and minuses. This is only kind of true, and also maybe complete bullshit, but it makes sense to me.

What this means is that you want A minuses. Not all A minuses. But 14 As and 6 A minuses looks way better than 17 As and 3 B pluses, even if the GPA works out the same.

This goes double for C pluses. Holy hell, students, get that grade to B minus land, pronto.

There are very real scenarios where this info can help you. Have a 91 in one class and an 87 in another? You only have so much time and energy to study. You are better off spending your time getting that 87 up to a 90. The 91 you might just want to keep a 91. Also, no one cares about A pluses. 94s 4 lyfe.

The ACT is lame

I think “Demonstrated improvement” in grades is kind of a meme

I just don’t think they care that much. Your GPA is your GPA, bro.

Now, you should still bring those bad boys up! The first reason is that Stanford/the UCs/a bunch of other schools that don’t tell you because fuck you all ignore freshman year grades. The UCs, in particular, are a get-out-of-jail free card I offer for students who badly jacked up their first year. It happens!

3.5! Plenty of lovely schools still on the board! Those As will also be in tougher, more important classes, so that’s good! Also, apply to the UCs. Yes, even out of state.

But for most top schools? I think you’re SOL; I’m sorry. Like, ya, you tried. But why should they take the kid who was bad but then good over the student who was good and then good? It’s nothing personal.

If you ever find yourself sacrificing your GPA in favor of an extracurricular, you are doing it wrong.

You need to get the grades and then care about everything else. I’m terrified that there are students out there actively allowing their grades to suffer because they think it’s more important to run their non-profit or something. I am telling you with no uncertainty that your grades are the most critical factor in your application.

Grades get you a ticket to the show in the first place. Only once you’ve entered does the other stuff you’ve done gets a chance to impress. Do you want to get into 99.4% of schools in America? Get all As, a 1520, throw in a couple of APs, do two things pretty well, and don’t write about lighting the school on fire. That exact application will dominate a rival challenger with every EC under the sun, essays that sparkle, and a 3.6.

So, if you need to, chill out on the ECs for a bit. The difference between grades and ECs is that grades are locked in stone as you achieve them. It is much easier to put an activity on the back burner until you’re more available, then conveniently forget about the six months you didn’t do it while applying. I won’t tell if you don’t.

My students have begun hearing back from schools.

I think modern “elite” essays are terrible and here’s why